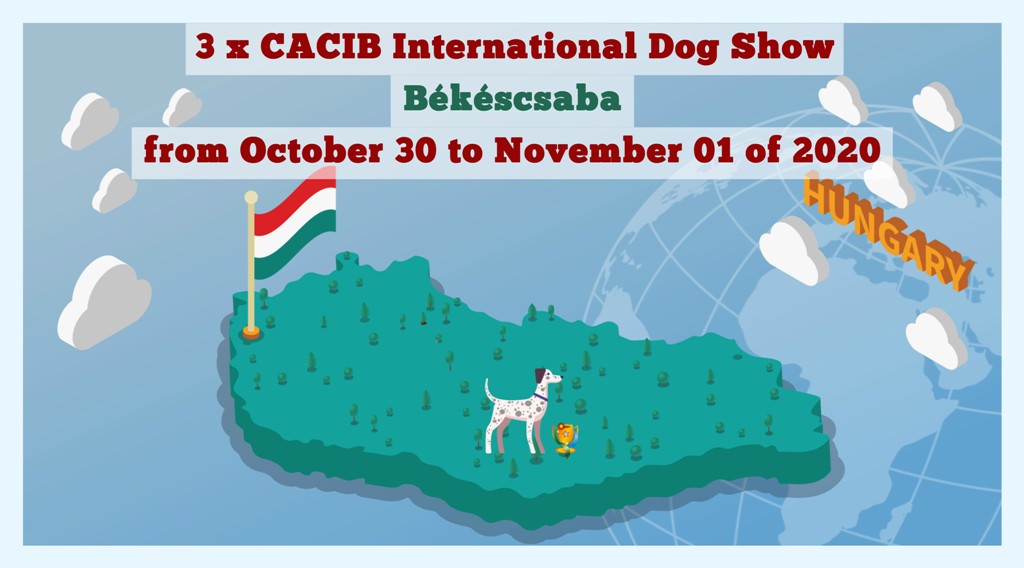 On October 30th & 31th & November 01th of 2020 will be held 3 x CACIB International Dog Show in Hungary in Békéscsaba! The location of the show: Békéscsaba, Csaba Park International Event Center.

In attention of exhibitors!

For the entry you must make registration before. 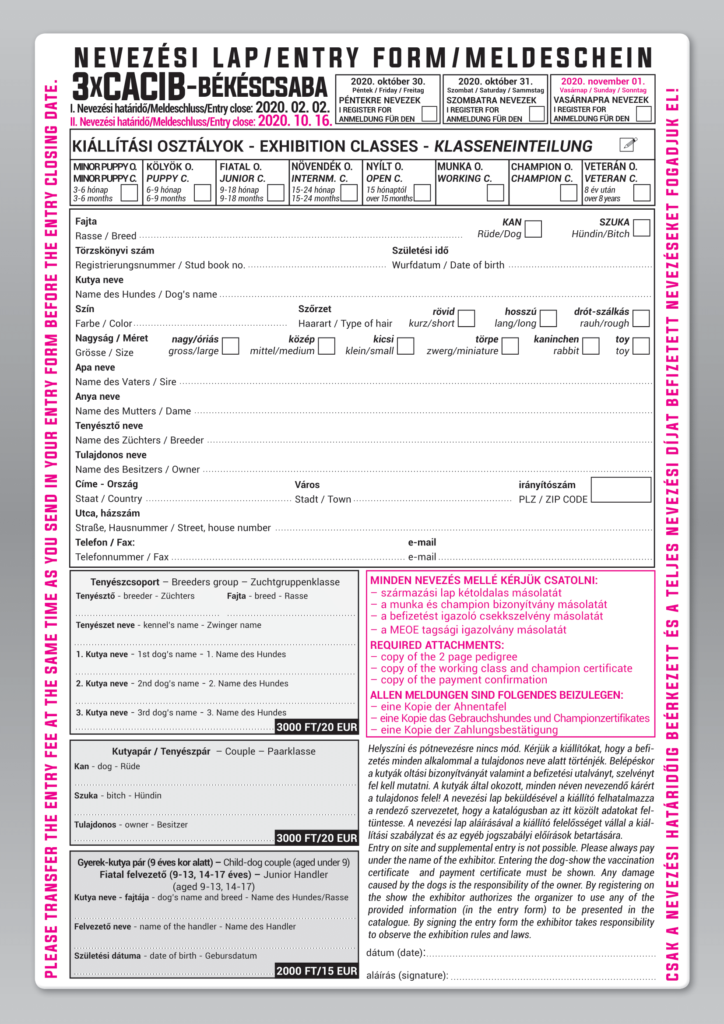 The entry fee must paid to the next account number:
Name of the account holder:
Békéscsabai Ifjúsági és Sportkutyás Egyesület

Please in the comment put the note: your dog’s name and the whole amount written, as we have to recognise it more easily. All information will be forwarded to this e-mail address noted.

The exchange’s fee between classes is 10 EUR/change.

I introduce you to the city of the dog shows, Békéscsaba

The city of 3 x CACIB dog show is Békéscsaba, which is the seat of Békés county and the 12th most populated city in Hungary, an important road and railway junction.

According to archaeologists, Békéscsaba was founded in the first half of the 13th century. The settlement was first mentioned in the papal register of 1332-1337. During the Turkish times, the city resisted for a long time, first  during the fifteen-year war suffered damage, then later in the 17th century also. However, during the liberation struggles with the Turks, it became completely depopulated. According to recent research, the population did not die, but fled. In 1703 the Rác people burned the village, so the village became deserted again. In 1840 Békéscsaba received the rank of a market town. By 1858 the railway line had reached the city and development had accelerated, and new houses and factories were being built. The great economic crisis between the two world wars brought poverty and unemployment, and in 1925 there was even a huge flood in the city. Planned industrialization started in the sixties, and the poultry processing and printing industry also flourished. The city currently also is still developing.

Békéscsaba is one of the most livable towns in the country thanks to its with squares of flowers and with cozy promenades of groves. The city’s centuries-old buildings and events and the natural values of the area attract more and more tourists every year.

One of the most intimate parts of the city is the Living Water Canal, which starts from the Fehér-Körös River and flows into it a river the Kettős-Kőrös. The Széchenyi Grove is located on the shore, where a new ecotourism visitor center awaits nature lovers in its “Music Pavilion”, built in 1850.

The most beautiful monuments of Békéscsaba built in the 19th century Rijeka Hotel, Jókai Theater and the Town Hall. The symbol of the city is the Evangelical Big Church and the Evangelical Little Church built in 1745.

High-quality gastronomic and cultural events await visitors throughout Békéscsaba throughout the year. The Csabai Sausage Festival, held in every year October, has become one of the most prestigious gastronomic events in the country. The program is complemented by cultural and entertainment events and pig slaughter every year, but the real attraction is the sausage kneading, which is visited by a number of domestic celebrities every time. The biggest outdoor events of the town include the Csabai Beer Festival and the Csülök Festival, as well as the Békéscsabai Letcho Festival.

You can see other dog shows
in the Hungarian Dog Show Calendar, please, click>>.