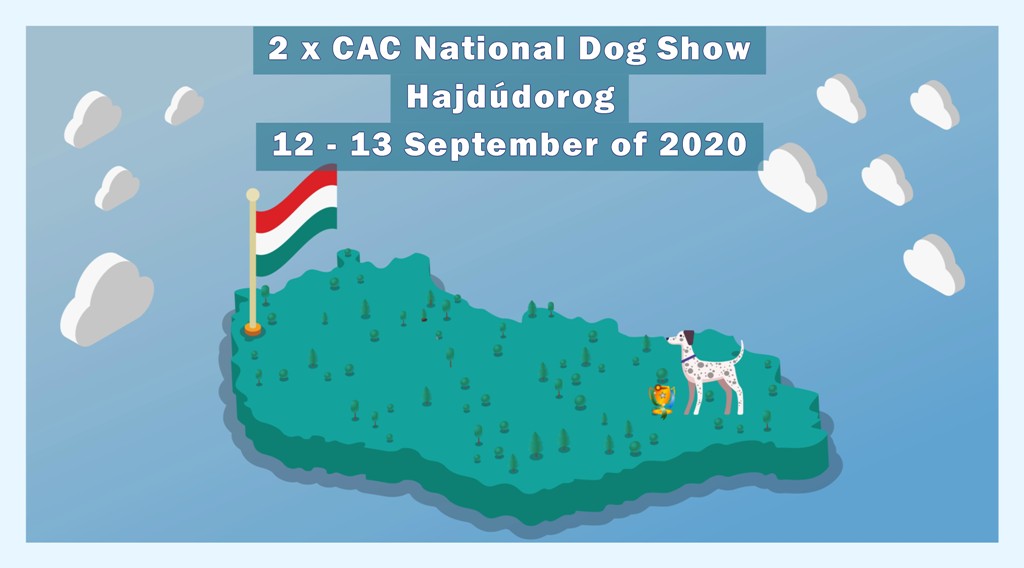 On september 12th & 13th of 2020 will be held 2 x CAC national dog show in Hungary in Hajdúdorog. On both days you can take part in a CAC dog show located in the area of ​​the urban beach bath. 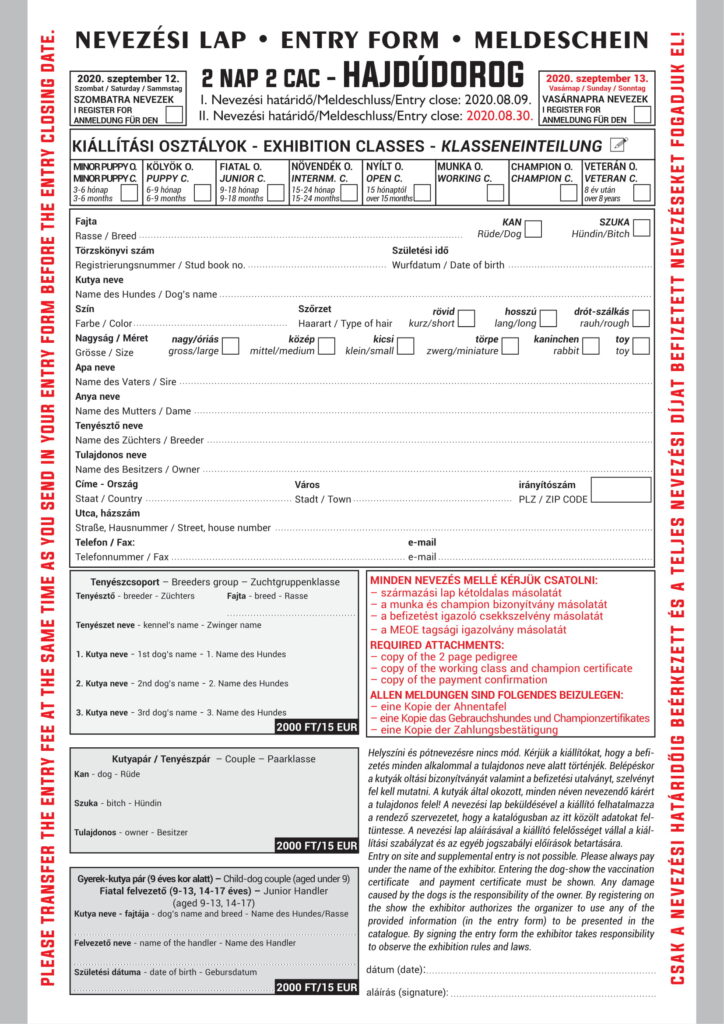 The entry fee must paid to the next account number:
Name of the account holder:
Hajdúsági Kutyatenyésztők Egyesülete

Please in the comment put the note: your dog’s name and the whole amount written, as we have to recognise it more easily. All information will be forwarded to this e-mail address noted.

More information on entry is available at the following email address:
nevezes@hod-dog.hu

I introduce you to the city of the Dog Show, Hajdúdorog

The city of 2 x CAC shows is Hajdúdorog, which is a small town with less than 10,000 inhabitants in Hajdú-Bihar county.

According to its historical memories the area of the city was already inhabited in the Copper Age. This is indicated by the copper axe found on the outskirts of the city, which was made around 2300-2000 BC. The first documented mention of Hajdúdorog dates from 1301.

After the election of István Bocskai as prince, he granted noble titles his hajdú people, and at the same time ensured their settlement in Böszörmény, Dorog, Hadház, Nánás, Polgár, Szoboszló and Vámospércs. The new settlement formed by the hajdú people was a closed settlement of a protective nature. In the middle stood the watch tower with the fortress of church, surrounded by a thick wall with pear-shaped bastions at four corners.

The city took part in the Rákóczi War of Independence, after which a relatively peaceful period arrived, which was interrupted only by various epidemics (cholera). From the Revolution of 1848-49 and the War of Independence, the Hajdú people of Dorog also took their share. After the compromise, the population of Hajdúdorog began to increase and reached 9,900 by the turn of the century.

Hajdúdorog received the title of market town in 1639, resigned from its town rank in 1886, and became a village and then a large village. Reason for resignation: unfavorable development of historical and economic events. Hajdúdorog regained his city rank in 1989.

The city stands out throughout the Hungarian-speaking area, in the Carpathian Basin, but especially among the Hajdú towns with its Greek Catholic religion. The most significant building in Hajdúdorog is the Greek Catholic Cathedral.

Another outstanding architectural value is the arcaded Town Hall, built in the 1660s, the gable of which is decorated with the city’s coat of arms.

In the city can be seen significant works of fine art :

The historical monuments, ethnographic values ​​and treasures of church history of Hajdúdorog are protected by the Local History Collection and presented in exhibitions.

Most of the towns in Hajdú, including Hajdúdorog also, have high-quality medicinal water. In the city has known since the end of the 18th century that the depths of the earth hide valuable thermal water. The first public bath, the Szent István Bath, opened in the southern part of the settlement, in 1900. But the thermal water supply of Hajdúdorog remained untapped until long decades. In 1976, a thermal spring was found in the northern part of the city. In1978 the management of the settlement made plans to create a beach bath,but in a shortage of money, it was not until 1982 that work began. The Hajdúdorog Beach Bath was inaugurated in 1983.

The 8.9-hectare landscaped spa has four swimming pools, tennis and football courts, a fishing lake and a yurt-shaped youth hostel. The spa is only open during the summer season. Due to the high dissolved mineral content of the water, it is primarily suitable for the treatment of arthritis, muscle and nerve pain. In 2003, after testing the thermal water, it was classified as medicinal water.

❤️😊 I am waiting with useful and valuable articles for dog lovers to my official authoring website, owners of pet dogs, breeders, exhibitors and everyone, who loves the dogs! 😊❤️

🙂 Thank you for your honorable visit! 🙂